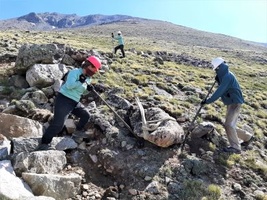 Two trail grants from the Colorado State Trails program provided $450,000 to serve as the backbone of the $998,361total needed to build out the Mount Columbia trail. Of the initial funding, $330,009 came from the Colorado Lottery via Great Outdoors Colorado (GOCO) parks funding stream. Colorado Parks and Wildlife (CPW) provided $119,991 and the remainder from  a variety of foundation, corporate, individual and local government sources.

Starting in 2016, Colorado Fourteeners Initiative, which is headquartered in Golden, began the multi-year project to build 1.75 miles of new, sustainably located, durably constructed trail, perform 0.66 miles of existing trail reconstruction and begin the closure, stabilization and restoration of the existing scree field that is estimated to have 1.5 million cubic feet of erosion.

Located in congressionally designated wilderness, all work on the new Columbia Trail project was performed by hand using non-motorized equipment. Trail delineation and hardening was performed using native rocks and soil found on the mountain that had to be carried to the project site. Rocks up to 500 pounds had to be slowly transported in a carefully controlled manner using highline tram and grip hoist systems to avoid losing them down the slope. 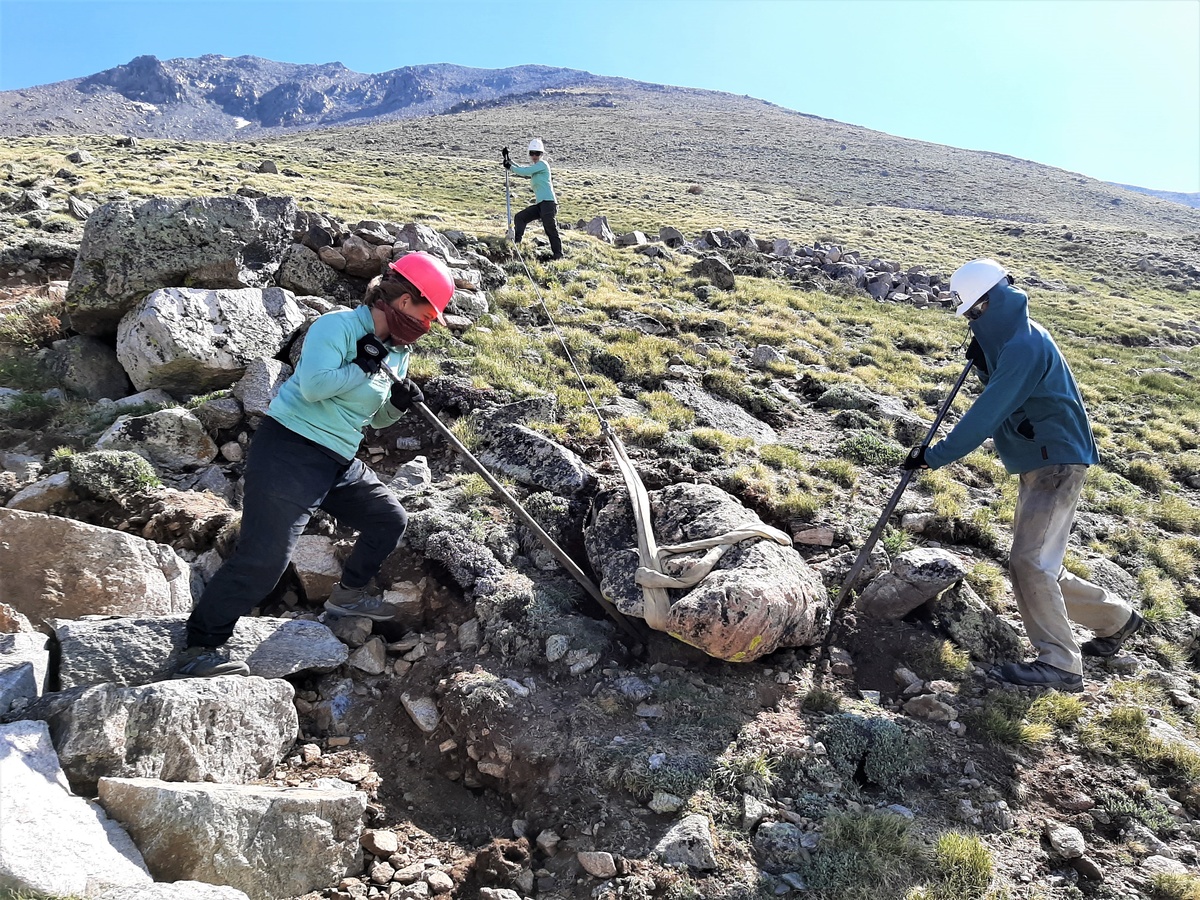