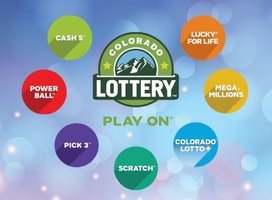 Increased sales have helped the Colorado Lottery reach the GOCO cap, nearly $72 million, more than a month ahead of schedule.

Thanks to the more than $1.7 billion dollar combined dueling jackpots in January of this fiscal year, unprecedented Scratch sales, and a growing love for Colorado Lotto+, today the Colorado Lottery celebrates reaching the funding cap for Great Outdoors Colorado (GOCO) nearly a month earlier than last year. This year the Lottery will provide $71,718,841 million in proceeds dollars to GOCO to fund parks, recreation, conservation and open space projects across the state.

While the Lottery experienced a dip in sales during the month-long shutdown last March, sales bounced back to pre-pandemic levels quickly. Thanks to record-breaking sales so far this year, by reaching the GOCO cap early, now even more proceeds can go to support Building Excellent Schools Today (BEST). Money awarded to BEST varies year to year, based on when the GOCO cap is met. Last fiscal year, the Lottery provided nearly $1 million in proceeds funding to BEST. In fiscal year 2019, $14 million was given to BEST.

As Colorado grows, so does the need for school infrastructure. Since 2008, BEST has provided competitive grants to school districts, charter schools, institute charter schools, boards of cooperative educational services across the state, as well as to the Colorado School for the Deaf and the Blind. BEST funds support the construction of new schools, as well as general construction and renovation of existing school facility systems and structures.

“Colorado is bursting at the seams and so are its state and community parks, open space and schools,” said Tom Seaver, director of the Colorado Lottery. “The changes we made to our Scratch products, increasing the number of games, price points and prize structures, have played a major role in helping us meet the cap to support GOCO’s commitment to help build new parks and recreation, trails and fund open space conservation projects, as well as school infrastructure.”

The Lottery has been steadily increasing proceeds to its beneficiary partners by upwards of a million dollars every year to support the outdoors and schools. Approximately 22 to 24 cents of every dollar spent on Lottery games is reinvested in the state. Of the proceeds distributed, 50% is committed to GOCO up to the cap, 40% to Conservation Trust Fund, and 10% to Colorado Parks and Wildlife. Once the GOCO cap is reached, 50% of each additional proceeds dollar spills over to the BEST fund. Set at $35 million in 1992, the cap is adjusted annually for inflation.

“Congratulations to the Colorado Lottery! As a beneficiary of the proceeds and your partner in  conservation and recreation, GOCO is immensely grateful for your hard work and dedication,” said GOCO Executive Director Chris Castilian. “And to the players of the Lottery, thank you. You play an essential role in protecting our lands and creating more parks and playgrounds, trails and open spaces, and outdoor opportunities for all Coloradans.”